Home / Business / Take on the talent 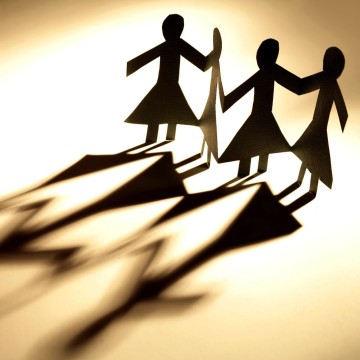 Women are making inroads into Asia Pacific’s senior management teams, but they need to be prepared to work hard, gain skills, ask for feedback and be resilient

The path to the top for women in business in Asia isn’t easy. The longstanding issue of unequal opportunities and the challenges of parenting and family commitments remain, but women in senior positions are more determined than ever and are reaching out to support those in the ranks below.

Kathryn Shih joined UBS in 1987, working her way up to become CEO of Wealth Management Asia Pacific in 2002. She believes the wealth management industry in the region is unique, with many women in leadership positions. ‘I’m in a fortunate spot,’ she says. ‘I think it’s about 50:50 women and men in this industry; wealth management has come of age in Asia Pacific.’

She ventures that because Hong Kong’s investment and corporate banking fields are so large, men gravitate to this sector, leaving more positions for women in wealth management. ‘It could be that the available pool of men in finance is focused on investment banking, which leaves more opportunities for women in wealth management,’ she says. ‘This is a sector that is a lot to do with relationships, giving advice and gaining trust – typically components that women are often good at.’

Eunice Chu FCCA, head of policy at ACCA Hong Kong, says that, unlike marketing or design, which can be very subjective, finance is a solid discipline. ‘Finance is something you can grasp and if someone challenges you, you have something to fall back on and can argue back and support yourself. And there are opportunities to progress based on qualifications and experience,’ says Chu.

Not all countries in Asia are equal, either. The report revealed that 66% of Japanese businesses have no women in their senior leadership positions and women hold only 8% of senior roles.

This doesn’t come as a surprise to Chu. She was previously regional finance director of Sony Music Entertainment, overseeing 11 markets in Asia. On trips to Tokyo she was aware that women were usually given secretarial or junior duties. ‘The junior men are seen as more important than the junior women,’ Chu notes. ‘They are given the opportunities and get to practise more, so eventually they outperform the women.’

Shih, too, knows from her own team in Asia that the infrastructure in Japan is not designed to support women in the workplace. ‘We recently promoted a managing director in Japan and she said childcare is very expensive. It’s challenging for women who want to go out and work,’ she says.

Also close to the bottom are India – where women hold just 15% of senior management roles – and Indonesia at 20%, according to the report. ‘At Sony there was only one woman working in the accounts department in the Indian office and she was middle level. And in Indonesia the female accountants were usually junior level,’ says Chu.

But the report’s findings were more optimistic about China, where 25% of senior management positions are held by women, higher than the global average of 22%. And boardroom prospects are even brighter for women in Singapore and Hong Kong.

Shih is based in Hong Kong and has two children who are now adults. She says that easy access to affordable, full-time domestic help and an extended family network made it possible for her to work full time while raising her children.

‘There were times when I had to be away for a whole month attending an executive programme and my mum would fly to Hong Kong and be with my kids. The Asian culture has that family support,’ says Shih.

Time to be tough

But she admits that it’s not easy for women and they have to be tough, especially if they want to climb the corporate ladder. She recently had a breakfast meeting with one of the top performers on her UBS team who has two children under the age of two and commutes to Hong Kong from Macau every day. And another of her top performers recently had her first child.

‘They are successful because they are aggressive. I don’t think anyone can be successful and take a back seat,’ says Shih, adding that working mothers ‘need to focus, prioritise, delegate some of the things they need to do and build a support network they can trust’.

The report also revealed that men and women network differently; 49% of women cited formal business meetings as the occasion most likely to lead to a new job opportunity, while men were more active in other social occasions such as after-work drinks and sporting events.

Catherine Yu FCCA, vice president and regional controller, Asia Pacific and China, at Herbalife, says it is important for women to be visible and to network with people from different disciplines and industries. At university she spent a year studying engineering, a very male-dominated discipline, and became comfortable in male company.

‘I established a character that is quite straightforward,’ she says. ‘When dealing with men you need to establish your independence and show logical thinking; it has helped me at executive level,’ she says.

A mother of two teenage daughters, Yu says good time management (‘I’m in the office sharp and leave before 7pm’) and technology (‘I Skype when I’m away from home’) mean that she is close to her children while nurturing their independence.

‘I want to be a good role model for them as a working mum. I get them to plan their own schedules; I want them to be independent and not suffer from the “princess syndrome” that can happen when kids are raised by domestic helpers,’ says Yu.

The Grant Thornton report concluded on a positive note, recommending that women who are just below senior level take on challenging roles and stretch themselves. It’s advice that is shared by Debora Spar, president of Barnard College in New York. It was she who invited Sheryl Sandberg, Facebook’s chief operating officer, to speak to graduating students at the college in 2011. Sandberg’s commencement address made waves, encouraging women to ‘lean in’ and close the ambition gap before they close the achievement gap. This was followed with the 2013 book Lean In, with its message of an empowered female workforce, urging women to ‘put their foot on the gas pedal and leave it there’.

‘The business world needs ambitious young women pushing up through its ranks,’ says Spar, author of Wonder Women: Sex, Power and the Quest for Perfection (2013). ‘These women shouldn’t feel that they are constrained in any way – but should be prepared to work hard, gain the skills they need, ask for tough feedback, and develop the core resilience that will enable them to pick themselves up, dust themselves off and start all over again.’

Shanghai-based Constant Tse FCCA is country tax CFO, Southern Mainland and Macau, at Deloitte. With more than two decades’ experience in the industry, she is a veteran mentor and a firm believer in supporting graduates. She says gender equality is now firmly entrenched in corporate culture, although there may sometimes be misperceptions. ‘There may be some incidents where leaders or the management team have a bias due to an unhappy experience and mistakenly related it to gender difference,’ says Tse.

She believes the same standards and expectations are applied to men and women at Deloitte – with both compensated equally for performance – and advises ambitious young women to push hard to achieve their goals.

‘[Women] should set realistic targets and be motivated to fulfil those targets by continued learning and polishing. Remember, your colleagues and peers are not your competitors; they are your partners,’ says Tse.

Chu also observes that women are held to the same standards as men. She advises women not to impose any restrictions on themselves and disregard any perceived glass ceiling. And Shih agrees on the need to reach high and stay focused.

‘Women have to be very clear on their goals, prioritise and then focus on those priorities. And be ready for a lot of commitment and hard work.’