Home / Business / Is emotional intelligence more than just a fad? 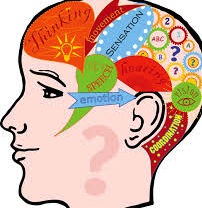 Everyone who’s worked in a large organisation will have their own story of a senior individual whose academic prowess was outdone only by their inability to communicate with their peers. We might write off such an employee as simply not being a ‘people person’. But, according to its adherents, what they’re really suffering from is a deficit of emotional intelligence (EQ).

Psychologists Howard Gardner, Peter Salovey and John Mayer developed the EQ theory in the 1970s and 1980s, but it wasn’t until Daniel Goleman’s 1995 book Emotional Intelligence that the idea entered the public consciousness. Today, EQ appears in the workplace lexicon among many HR directors and entrepreneurs in the US and Europe. But while the need to relate to and communicate more effectively with colleagues and customers is understood everywhere, EQ itself is not scientifically accepted in the same way as IQ, and the term has no single definition.

Broadly speaking, the EQ concept argues that IQ – conventional intelligence – is too narrow and that there are wider areas of intelligence that determine how successful we are. “The interesting thing about an EQ approach is that you can’t change an IQ or a personality, but emotional intelligence can be improved throughout your entire working life,” says Robert Knight, regional practice managing partner at executive search firm Heidrick & Struggles in Hong Kong.

Knight says considering his own EQ made him more aware of himself and his emotions, and better able to manage his team: “HR people have been thinking hard to figure out how to get the most out of people and get the best culture and communication within an organisation. Understanding how people tick and how to communicate with them is a very important part of that.”

But Knight suspects the concept of EQ hasn’t permeated many companies, beyond the HR teams. Even among experienced recruiters, he says, awareness is low. “You want as much diversity as you can get in the workplace. It makes it more dynamic, and EQ is a key element when it comes to managing diverse cultures.”

Bianca Wong, group human resources and corporate communications director at marketing and distribution organisation Jebsen, agrees. Work environments tend to be dynamic with plenty of cultural diversity, and she sees those with strong EQ as high performers.

“English is the language of business, but in Asia for many it is their second language and their English – written or verbal – may appear abrupt or there may be misunderstandings. Someone with good EQ is able to move past that and be empathetic and appreciate the different culture,” she says.

As an HR professional, Wong was invited to join an EQ course based on Goleman’s work organised by her former employer, FedEx, four years ago. The ideas impressed her: “I believe it should be more widely accepted as an important part of leadership development and training. I see a difference from a leadership perspective.”

But Asian companies are less likely to be aware of EQ, or to incorporate it into learning or well-being processes. The first people to receive training on the topic, says Knight, should be those who do the hiring so that they have a good understanding of the people they are bringing on board. Managers can also benefit by better understanding their own emotions, and those of their team. He believes EQ training has much to offer family-run businesses.

“You see quite a lot of people, non-family and not of the same culture, joining these [family-run] companies and they don’t last long because the business isn’t properly prepared to accept someone from a different culture, with a different mindset,” says Knight.

Although Wong has noticed the number of workshops in Hong Kong increasing in recent years, she says there is still some misunderstanding about what EQ actually is: “People sometimes misinterpret it as someone who is calm and doesn’t express emotion, but that’s not necessarily the case. My understanding is it’s someone who can express emotion in a healthy manner.”

There is a widespread perception that women are more emotionally intelligent, though this is open to debate. “Women tend to have better judgement when it comes to evaluating people, but because there are not enough women at the top of the workplace, that hasn’t been as well recognised,” says Knight.

There are also concerns that EQ offers an excessively ‘Westernised’ interpretation of empathy. Michelle Yuk, professor of social science at Hong Kong University of Science and Technology, has done a lot of work on emotions in Chinese culture. She says she is sceptical of EQ tests because her research has shown that people from different cultures interpret facial expressions differently.

“If it’s a smiley face then everyone – the Chinese, Americans, British – agrees on the emotion behind it, but for the other faces – showing worry or anger, for instance – it varies quite a bit,” says Yuk.

Equally, people from different cultures interpret feedback differently. She gives the example of a boss who praises an employee. A Chinese staffer would respond by saying that they must work even harder, while a Westerner might say: ‘Thanks, I’ve been working very hard.’”

But whether you accept the finer points of EQ or not, most leaders understand that being academically qualified for a position is only part of the package, and attitudes and behaviours are every bit as important as skills and knowledge in determining business success. In such a world, we need a way to quantify, and improve, the emotional aspects of working life.

“People are more aware of the need to look beyond skills and knowledge and look for competencies. When you dig deeper into what makes a person successful, empathy is big for a leader. And once you try to quantify that, EQ is what comes out,” says Wong.