Home / Health / Secret to holding back the years 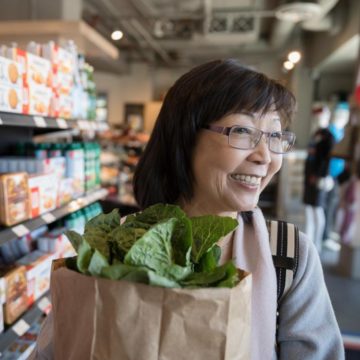 Sitting in the waiting room at the Hong Kong Immigration Department’s Smart ID Card Replacement Centre in Wan Chai, I’m struck by the fact that everyone in the room is born within the same couple of years – and yet we all look so different.

Some people have worn the years well; I’d never guess we were the same age. And others look much older. So what’s going on? Why do some people look old before their time and others succeed in keeping a youthful appearance?

But there is good news: you can reverse some of the effects if you have an understanding of “biomarkers” – indexes in the body that scientists agree quantify ageing and tell us how far away disease is – and take steps to limit them.

Anti-ageing expert Dr Lauren Bramley, whose clinic is in Hong Kong’s Central district, is a regular at anti-ageing conferences as both a speaker and participant, and has done a TEDx talk on biomarkers.

“I’m into biomarkers and empowering people to know what they are,” she says. “A person can feel empowered and know what those numbers are and then work towards improving them. That’s a key thing, because people can do a lot of this on their own.”

If you’re in your 40s, take heed – this is the decade when ageing is at its fastest pace. According to Bramley, an average of about 14 years of biological ageing happens between 40 and 50.

“If you can get through to 50 without this huge drop off the cliff that so many people experience, then you are kind of laughing because the pace slows down from 50 to 60 and from 60 to 70,” she says.Before we get into the biomarkers, there are a few basics that need stating. One of the easiest ways of reversing biological ageing – and the thing that makes the biggest impact – is physical activity and exercise. That will mean different things for different people, but the bottom line is staying active – whether that means taking the stairs instead of the escalator, walking to work or using a standing desk.

There are dozens of biomarkers that doctors – and individuals – can track to see how they are doing and take measures to correct if they go off track. Bramley has some favourites, including glycation of your haemoglobin. This refers to how much sugar we have in our body at any one time, or how pre-diabetic we are.

“I think of it like candy – if you eat sugar, you are going to have harder cells. And those cells find it difficult to travel through the body and carry oxygen around,” Bramley says. “They are very inflammatory because they are trying to travel through tiny capillaries in the body and in doing that they bash around and cause cascades of inflammation, and those inflammatory markers are the ones that lead to advanced ageing.”

“There’s such a long range before it tips into diabetes,” Bramley says. “With an HbA1c level of six, we may start thinking this person is either diabetic or it could happen soon. If the HbA1c is between five and six, we consider that now pre-diabetes – and there are things you can do, and then you are actually reversing the pace of ageing.”Measures include using supplements such as Metformin and oxaloacetate, which can be found as Benagene and which Bramley says helps to outsmart your pre-genetic disposition to diabetes.

For years Bramley has been championing the importance of healthy vitamin D levels, and she’s not letting up. A combination of smog – which makes it difficult for sunlight to get to our skin – excessive use of sunscreen and not enough exposure outdoors mean we’re not getting enough of the vitamin. The target level for vitamin D is 70 ng/ml and Bramley says most people, if they don’t take a supplement, have about 20 ng/ ml.

“It’s been shown in studies for prevention of cancer, diabetes, obesity and depression. You should be taking a supplement. A lot of people are fixated on the dose of their supplement, but it’s really about the target level in your blood test. Everyone absorbs vitamin D differently and there are differences between brands of supplement,” she says.

The issue of vitamin D and sunscreen is a little complicated. Studies have shown that more sunscreen leads to more cancer, Bramley says, because the sunscreen blocks the vitamin D we would naturally get from the sun. And when your vitamin D level is low, you are more likely to burn.

“The message I give is: do whatever you can to avoid burning. Don’t burn, because burning is linked to cancer. Use sunscreen to avoid burning, but also keep up your vitamin D levels and take things [that work] from the inside that aren’t going to allow you to burn, like astaxanthin, which comes from algae and that also blocks burning.”

Stress depletes some of the key anti-ageing hormones, such as pregnenolone, which is produced by the brain and is responsible for short-term memory recall, vocabulary and arithmetic. The body needs cortisol to deal with a stress, so it will convert any hormone into cortisol to get us through our very stressful days.

“If it’s extremely stressful day in and out, you have a huge demand to make cortisol. The body will sacrifice the brain to keep this stress pace going and that’s how people can stress themselves out to [things like] dementia [and] hearing loss. I see young, high functioning executives who look like they have dementia in terms of their pregnenolone level,” Bramley says.

DHEA (dehydroepiandrosterone) is another adrenal hormone that your body can easily turn into cortisol if it needs it. DHEA is responsible for the thickness of our skin, its wrinkles, and the moisture in our skin and joints. People feel old and rickety if they don’t have enough DHEA. It also has a psychological impact on the brain, so a person will feel more anxious or fearful as their DHEA level falls.

“If you are converting all your DHEA, you are going to physically age faster than you’d like. I always think of DHEA as being really predictive of how people are going to look and feel. And you can easily replace DHEA as a supplement,” Bramley says.

Homocysteine is a common amino acid in your blood obtained mostly from eating meat. High levels of homocysteine are linked to early development of heart disease. It is also associated with low levels of vitamins B6, B12 and folate. While a blood test may show that your B12 level is normal, checking your homocysteine will tell you what’s going on at a cellular level.

“Homocysteine tells us about the cell, and you really want good vitamin B levels in the cell to counteract ageing, inflammation and [other] bad things happening,” Bramley says. “A high homocysteine in a young person is highly predictive of cardiac disease and stroke.”

Most doctors don’t track patients’ biomarkers closely – they’re more likely to step in when something goes wrong – so keep track of the numbers yourself. It’s never too late to take positive steps to slow your pace of ageing and safeguard your good health later in life.